Blessings of this Work

As many of you know, I maintain a Fan Page on Facebook. Each day I post quotes from different authors, sages or leaders throughout history that provide context to my spiritual teachings. I find that my words only go so far and, in relation to the perspective of another teacher, the message has a way of getting through. But this describes one way communications and thus you can imagine my surprise when the interactions with my "fans" (not sure I'll ever get used to that label) became interactive.

With over 4,600+ subscribers, you might think I would attract a fair amount of disgruntled souls that post harmful, offensive or deviant comments. After all, Facebook is merely a website on the Internet and we've all seen the behavior that occurs on the anonymous World Wide Web. Maybe because Facebook isn't anonymous or that I'm focused on love, but for some reason this community is kind, compassionate and engaged.

Every so often I meet someone via this interaction that is particularly engaged in the conversation. The click the 'like' button often, comment on every one of my postings and even post their own quotes on my page. I really appreciate when people contribute to this ongoing conversation and shape its direction. People go hot and then cold in their participation so I've become accustomed to not expect ongoing interactions with my fans. But every so often someone surprises me.

Over the last few weeks I've been seeing this gentleman from South Africa participating more than the others. He is one of those insightful souls that recognizes the difference between how mankind should be acting and how we are operating. And he gets angry when he witnesses this unfairness in the world. In particular, he is troubled by the social injustice that we see in comparing the excess of the West with starving people elsewhere in the world. Even better, he "gets it" that the solution will come through love rather than anger fueled actions.

My answer isn't relevant to this blog post and you can easily pick his thread out from the rest on my Fan Page. What is interesting is the email he sent me thanking me for providing him an answer that resonated with "his" life. You see, it turns out that five years ago he was diagnosed with a brain tumor and only given a short time to live.

In a sense, the doctors told him to give up on living. Did he do that? No, instead he dedicated his life to his goal of raising consciousness in the world. And he did this with a tumor growing in his brain that has caused debilitating changes in his life that would make most of us curl up in a ball and cry, "Why me?" 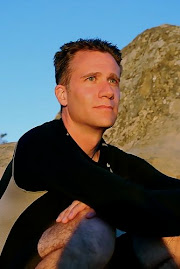